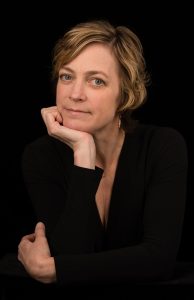 Born in Detroit, McCune was educated at University of Toronto, California Institute of the Arts, and earned an MFA and DMA from Cornell University. Her principal teachers have included Steven Stucky, Roberto Sierra and Mel Powell. McCune’s music continues to gain national and international recognition with performances across North America and Europe.

McCune has taught at Cornell University, Syracuse University and is currently on the faculty at Ithaca College. She has served as guest composer at institutions and festivals including Eastman School of Music, University of South Carolina, The College of New Jersey, South Shore Conservatory, Seal Bay Festival and Songfest and as Composer-In-Residence in regional public schools in Syracuse and Ithaca.